As the scientific study of probiotics progresses, we’re learning more about the other roles good bacteria play in human health – like weight loss. Studies show that gut bacteria influence our blood sugar levels, our appetite and other things that can contribute to weight gain, and by that token, getting and maintaining healthy levels of good gut bacteria can actually help you lose weight. By taking a good quality probiotic supplement not only are you helping your immune system (80% of which is in your gut), you’re also taking the right steps to fight weight gain caused by a lack of healthy gut bacteria.

The benefits of probiotics to losing weight 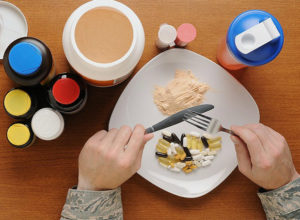 Diet, stress, antibiotics and illnesses both chronic and acute can all wreak havoc on your gut, killing the good bacteria. The only way to fix this situation is to introduce more good bacteria to your gut.

There are a lot of studies that talk about how our gut bacteria affects our weight. One of the most dramatic examples of this is the story of the mother who underwent a fecal matter transplant (FMT – and yes, it is what it sounds like) with her daughter as the donor. Afterward, the mother, who had always been thin, started rapidly gaining weight for seemingly no reason. The long story short is that her daughter who was her donor was overweight at the time she made the donation and therefore her gut bacteria – though it saved her mother’s overall health – had the side effect of causing her mother to gain weight. It is examples like this that have caused scientists to take a hard look at the roles good bacteria – and probiotics – play in weight loss.

To understand the science behind why bad gut bacteria can make us gain weight, we have to remember that bacteria are living creatures that live inside of us. In 2016, a reevaluation of old estimates was done, but the bottom line is that there are indeed more bacteria cells in the human body than there are human cells in the human body, generally. But on average, a person has about 39 trillion bacteria cells and only 30 trillion human cells. And that ratio can dramatically shift depending on how often you go #2. Women likely have far more bacteria to human cells than men do, because they’re smaller on average and just have less human cells as a result.

So, what does the above tell us? Quite simply that we have a ton of bacteria in our bodies. Can you imagine how catastrophic it would be if you had far more bad bacteria than good bacteria in your gut, when you realize just how many bacteria in general there are? That is why maintaining a healthy balance of gut bacteria – also known as microflora – is absolutely essential for your health.

Going back to the mother-daughter FMT story, what that story tells us is that some overweight people are carriers of bad bacteria that cause them to gain weight – and that bacteria can be transplanted into another person, causing to gain weight too. 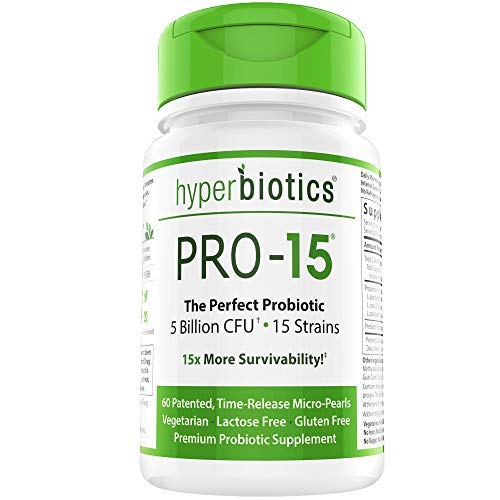 Hyperbiotics PRO-15 has their own patented delivery system, which allows 60% of the probiotics in each probiotic pearl survive to make it past your stomach acid; this is in contrast to the standard plain capsules of other brands, which yield only a 4% survival rate. The key is their special LiveBac manufacturing process which works in tandem with the Hyperbiotics delivery technology called BIO-tract. It’s a gel matrix that provides a superior seal to protect the probiotics inside both on the store shelf before they’re sold, but also once you take one. BIO-tract is able to keep 60% of the probiotics alive where they can go to work not only in your small intestine, but your large one is well – something most probiotics simply aren’t able to do. Additionally, unlike other probiotics, Hyperbiotics PRO-15 slowly releases in your body over an 8 to 10-hour period, which is not only gentler on the stomach, but it helps ensure the good bacteria inside colonizes your gut.

A lot of infections that require antibiotic treatment nowadays are resistant to the old, narrow spectrum antibiotics of the past and require broad spectrum antibiotics. And while broad spectrum antibiotics are lifesavers, they can also destroy the microbiome of your gut, allowing bad bacteria to flourish. Your gut bacteria population is made up of many different strains in a healthy gut; the 15 probiotic strains in PRO-15 seeks to add biodiversity to your gut flora; as anyone who knows a little thing or two about biology knows, biodiversity is crucial to the health of all life on earth – and the same is true for the bacteria in your gut.

Prebiotic fiber is what feeds good bacteria. A diet low in fiber is a big part of what contributes to a lack of healthy bacteria in your gut. Hyperbiotics PRO-15 solves this problem by putting your probiotic’s food right inside the pearl with it, so the prebiotics feed the probiotics while they go to work in our gut.

The patented BIO-tract gel matrix coating keeps out heat and moisture and ensure a long shelf life (18 months) without the need for refrigeration. 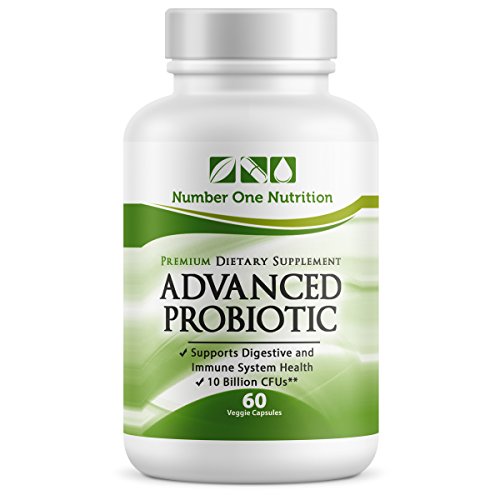 Number One Nutrition Probiotic Supplement is shelf stable, meaning that it doesn’t require refrigeration to be effective – before it’s opened, though it is required you refrigerate it afterward.

There are 7 probiotic strains – all well known and effective – included species of Bacillus, Lactobacillus and Bifidobacterium. This level of probiotic diversity ups the odds that your guts receive the precise probiotic they need to get healthier.

Number One’s probiotic includes a prebiotic in the mix to feed the healthy bacteria once it enters your gut. This not only helps the good flora survive—it also helps them thrive and multiply.

Number One Probiotic Supplement is designed to survive stomach acid to deliver the probiotics where you need them the most – your gut. 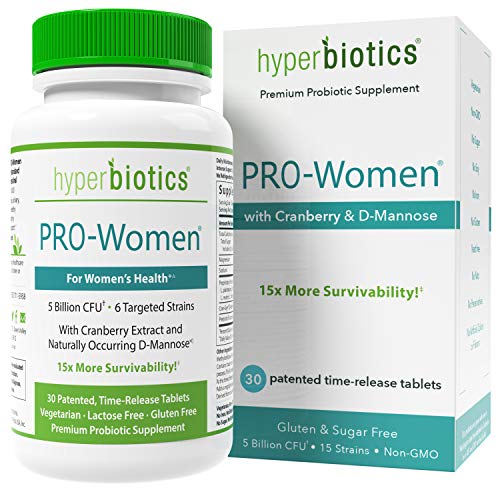 All 6 of the targeted strains – species of Lactobacillus and Bifidobacterium – are proven to be effective against stomach, metabolism and general health issues.

Prebiotic is the food probiotics require to thrive and multiply, which is why Hyperbiotics added them to their PRO-Women probiotic mix.

It adds cranberry extract and naturally-occurring (non-synthetic) D-Mannose to the mix to create a probiotic that also benefits those with UTIs.

There is no required refrigeration before or after opening. 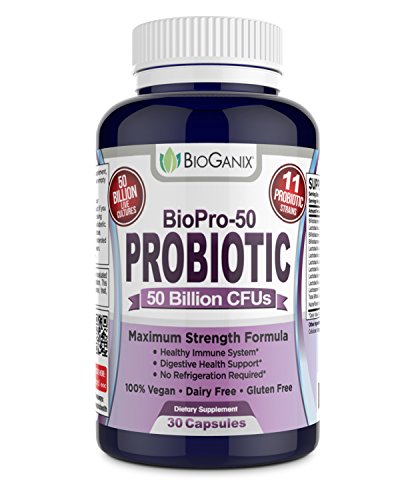 11 well-known strains of bacteria, including those belonging to the Bacillus, Lactobacillus and Bifidobacterium families, lend biodiversity to your gut.

BIOPRO-50 contains prebiotic to help the probiotics colonize your gut.

BIOPRO-50 is dairy-free, gluten-free and raw vegan, so even if you follow a special diet, BIOPRO-50 has you covered. 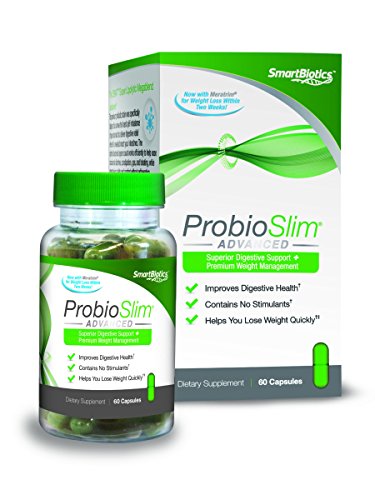 The EGCG in the green tea complex that’s part of the ProbioSlim Probiotics mix is purported to help you burn fat faster than you would without it.

The caffeine in ProbioSlim boosts the natural, healthy-gut energy that only probiotics can give.

LactoSpore is a probiotic that not only decreases belly bloat, but can also more readily survive stomach acid.

The prebiotic in ProbioSlim is naturally derived from Kiwi fruit.

At the end of the day, the clear winner of this best probiotic for weight loss roundup is easily Hyperbiotics PRO-15 Probiotics. Not only do they have the most biodiversity in their strains, they also have the best technology behind their delivery system, ensuring you get those strains. After all, the whole point of probiotics for weight loss is to change your gut flora balance back to one that contains a rich diversity of healthy bacteria – and Hyperbiotics PRO-15 Probiotics delivers on that without gimmicks and unnecessary addons.

Why does the bad bacteria cause people to gain weight in the first place? 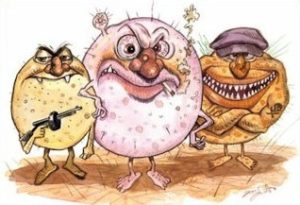 It’s important to remember that the science behind gut bacteria is very young, but the big two reasons bad gut flora can make you fat are thought to be:

In regard to leptin, newer research indicates that many overweight and obese people are “leptin-resistant”, meaning their bodies and brains just aren’t responding to the “I’m full” signal that leptin should be sending to them, thus they can’t naturally control their calorie intake. And one of the primary causes of leptin-resistance is thought to be the unhealthy mix of bad gut bacteria most overweight people have in their guts.

The only way to combat all of the above issues is to take a probiotic supplement with proven beneficial strains of healthy gut bacteria to replenish the population of good bacteria you’ve lost, which will in turn kill off the overgrowth of bad gut bacteria that happens when there’s not any good bacteria in your system to stop the bad bacteria from wreaking havoc on your body.

How to choose the best probiotics for weight loss

There are a few things to keep in mind when looking for the best probiotics for your needs. Consider the following:

Revitol skin lightening cream is manufactured from natural herbal extracts of different plants. Unlike some... 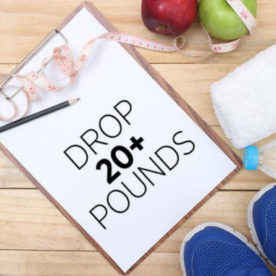 Learning how to lose 20 pounds in 2 weeks is certainly not going to be... 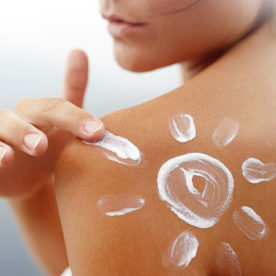 If you’re concerned about the hotly debated negative side effects of a common chemical sunscreen,... 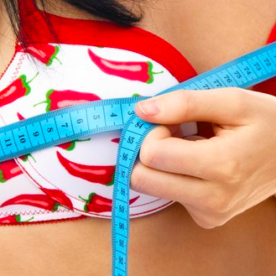 If you’re relatively flat-chested, I’m certain that you’ve thought about enhancing your breasts. It may... 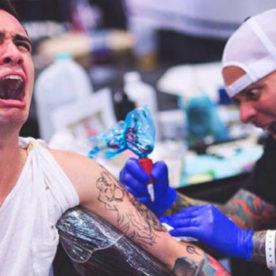 Tattoos mean different things for different people: getting tattooed could mean a new beginning for... 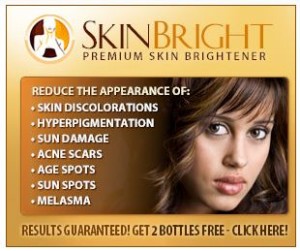 There are numerous things that can cause discoloration on a person’s skin. Such causes include...